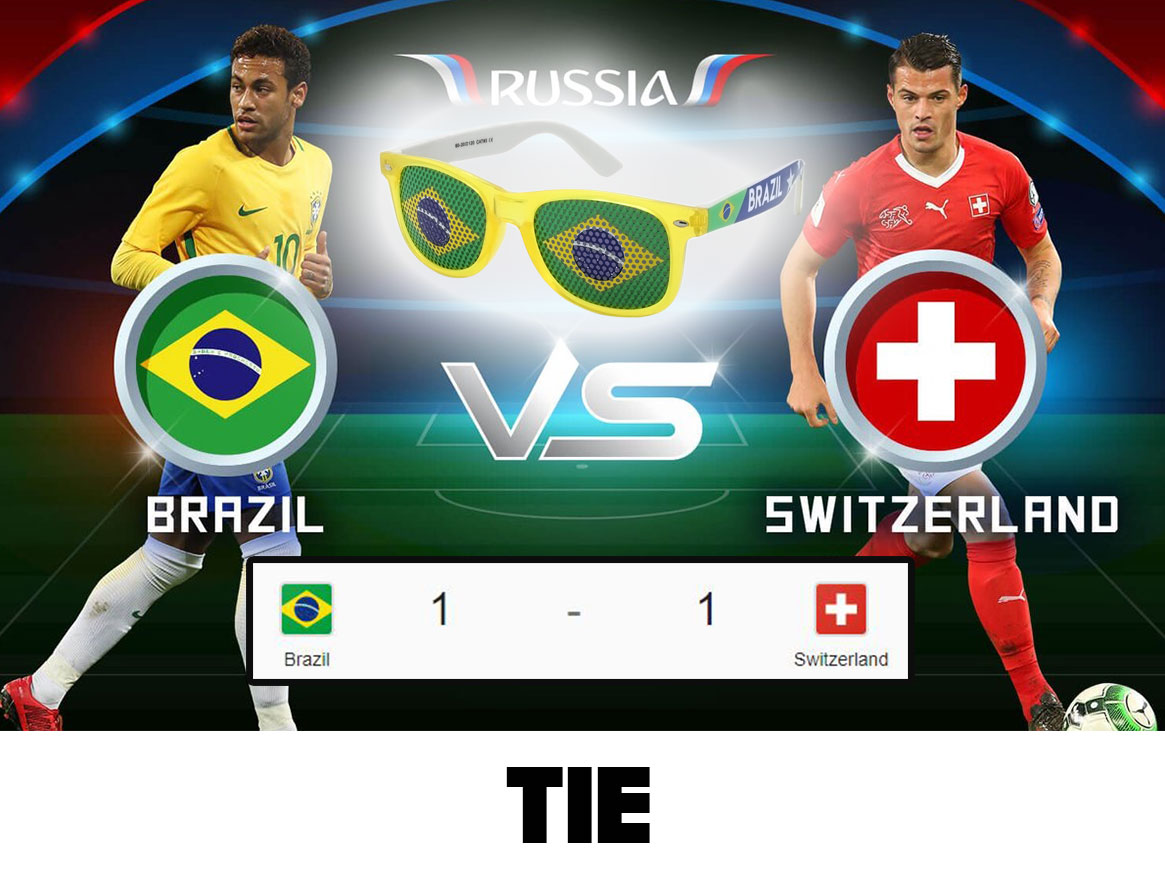 For the first time since 1976 Brazil did not win its opening World Cup match, an outcome that shocked many around the globe. On June 17 th, Brazil tied with Switzerland for a final score of 1-1. The five time world champions are often favored to win and have some of the most dedicated fans in the world. The first goal was scored twenty minutes into the game by Phillipe Coutinho much to the delight of those watching. Everything appeared to be business as usual for Brazil, with players like Neymar Jr displaying a confident swagger that some might say was a little too confident. Switzerland managed to score an impressive goal early into the second half, which caused Brazil to crank up their effort. Unfortunately they weren’t able to gain an edge over the Swiss.

As stated before, Brazil has some of the most dedicated fans in the world and they go all out when they show their love at a match. Here at Shark Eyes we want to let all the fans know we’re here to help with all their eyewear needs. Our Brazilian Sunglasses are the perfect accessory to have whether you’re watching the action in person or at home, and nobody will question who you support! Featuring a classic shape that looks great on anybody, a beautiful flag motif and multiple lens options to choose from, our Brazilian Sunglasses are a must-have for any die-hard Brazil fan who wants to cheer their team on to victory. With the unexpected tie, we’re sure that Brazil is going to move forward swiftly and mercilessly. Good luck!